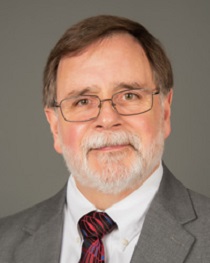 I was born in California, but grew up in eastern Washington and have lived in the Puget Sound area for over 30 years.

In 2013, I retired from federal service with over 33 years. I worked over 29 years for the Federal Aviation Administration as an Air Traffic Controller, supervisor, and manager. I also spent four years on active duty in the Navy and was a member of the Washington Army National Guard for over 19 years. I retired from the military reserves with over 25 years combined active and reserve service.

I believe strongly in the value of community service. I served as Pack Master with my boys’ Cub Scout pack and as an assistant scout leader with their local Boy Scout troop. I also participated in our local PTA and was vice president and president of the middle school PTA while my children were in school. In 1999, I was elected to the Auburn, Washington School Board and served for 12 years. As a local board member I was also a member of the Washington State School Directors Association (WSSDA) and elected to their board of directors. In April 2015, I joined the board of Communities in Schools for Auburn (CISA).

I began my new career in the financial services industry in June of 2014 working with Federal Employees in sales support. I am also a licensed insurance agent.
Craig is an Associated Person of LPL Financial.