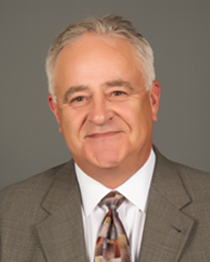 Sil has been in the insurance profession since 1981, where he began his career with New York Life Insurance Company. Sil has held several positions with Association of Insurance & Financial Advisors since joining in 1981, including President of the Vancouver-Clark County Chapter in 1994-1995 and Washington State President in 2002-2003. Sil was the President of the Clark County Chapter of the Estate Planning Council in 1993-1994 and has served as a member of the Life and Health Agents Advisory for the Office of the Insurance Commissioner for twelve years ending in 2005. His interest in community has resulted in his serving on the boards of several organizations including the March of Dimes, Trails West Art Association and as a member of the S.W.I.F.T. Board where he garnered “Rookie of the Year” recognition in 1988.

Sil’s primary focus is in the area of Small Business with emphasis on Exit Strategies and Estate Planning through the use of life insurance. Sil earned his L.U.T.C.F. (Life Underwriters Training Council Fellowship) designation in 1989 and has been a multiple year “Qualifying Member” of the MDRT (Million Dollar Round Table). Sil became licensed to offer securities in 1999 and has concentrated his planning primarily on maximizing retirement income.

Sil and his wife, Candy, had lived in the Vancouver area since they were married in 1981. In 2009, Sil and Candy completed construction of their dream home on the northern border of Woodland, WA, in the community of Kalama, WA.

Candy began her career with the City of Vancouver in 1986 in the human resources department for the public sector. She transitioned to the Human Resources Director for the Clark County Sheriff’s office in 2006. After nine years serving under Gary Lucas, Candy became the Human Resources Director for Sound Transit – Light Rail Division under the employment of King County.

Their son, Nick, joined them in 1982 and is currently enjoying a career in support enforcement with the State of Washington. Nick brought us the daughter we never had through his marriage to Erin Danielson in October of 2015. We couldn’t be more thrilled!