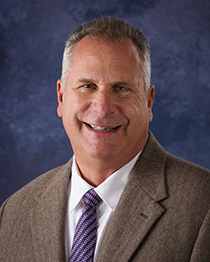 As Tax Manager for Clarity Tax Management in our Burlington and Friday Harbor locations, Gary is dedicated to blending the benefits of a quality tax and accounting services to the communities we serve. These goals come easy based on his knowledge and experience.

As a graduate of California State University at Northridge at an early age, Gary quickly passed all four parts of the CPA exam in the early 1980s. Initially Gary spent time in public accounting performing audit and tax work with a large international CPA firm, Gary converted over to a career in the corporate world spending most of his time in the National Blue Cross and Blue Shield organization in California and in Washington.

Ten years later, Gary took on the responsibilities as CFO of a local medical laboratory in Redmond Washington. But the ladder was not topped when he moved on to become the Director of Finance for the Port of Seattle in the early 1990’s. Though the Port is predominantly known for the operations of Seatac airport and all the seaports around Seattle, it is heavily involved in real estate. This is where Gary made a turn in his career and moved into the world of real estate himself.

Having found himself a single father of two great kids, Gary needed to balance a career with family and moved into a career as a CPA and a Real Estate Broker through the 1990s to the mid 2000’s. Gary eventually opened and operated two real estate offices providing expertise in a variety of real estate ventures for clients.

After 20 years and a very successful career, it was time to pull back, move to Friday Harbor in the San Juan Islands of Washington State and is now seeking the goal of building and providing a well needed service to the communities of Friday Harbor and Burlington. Gary says, “Taxes are just a vehicle for which we all must accommodate. How we are able to navigate through those accommodations to obtain the goals for each of our clients is the satisfaction I seem most at this point in my career.”

Gary lives on his boat located in Friday Harbor and seeks the adventures of the sea as a past time. Passionate about his island in Sitka Alaska, Gary can often be found up there living off the grid in a life surrounded by nature.